Northern Ireland is a small country with such a diverse range of landscapes and lifestyles that when you're visiting you just have to see it all! Local Blue Badge Guide Barbara Ferguson shares the history, culture, folklore and ‘must see' things to do on a visit to Northern Ireland.

“When you first set foot in Northern Ireland it will probably be at Belfast International Airport, George Best Airport or maybe Belfast Port or nearby Larne Port. Whichever it is, you will be in, or nearby, the capital City of Belfast. Not a bad place to start your tour.

City of Belfast by night 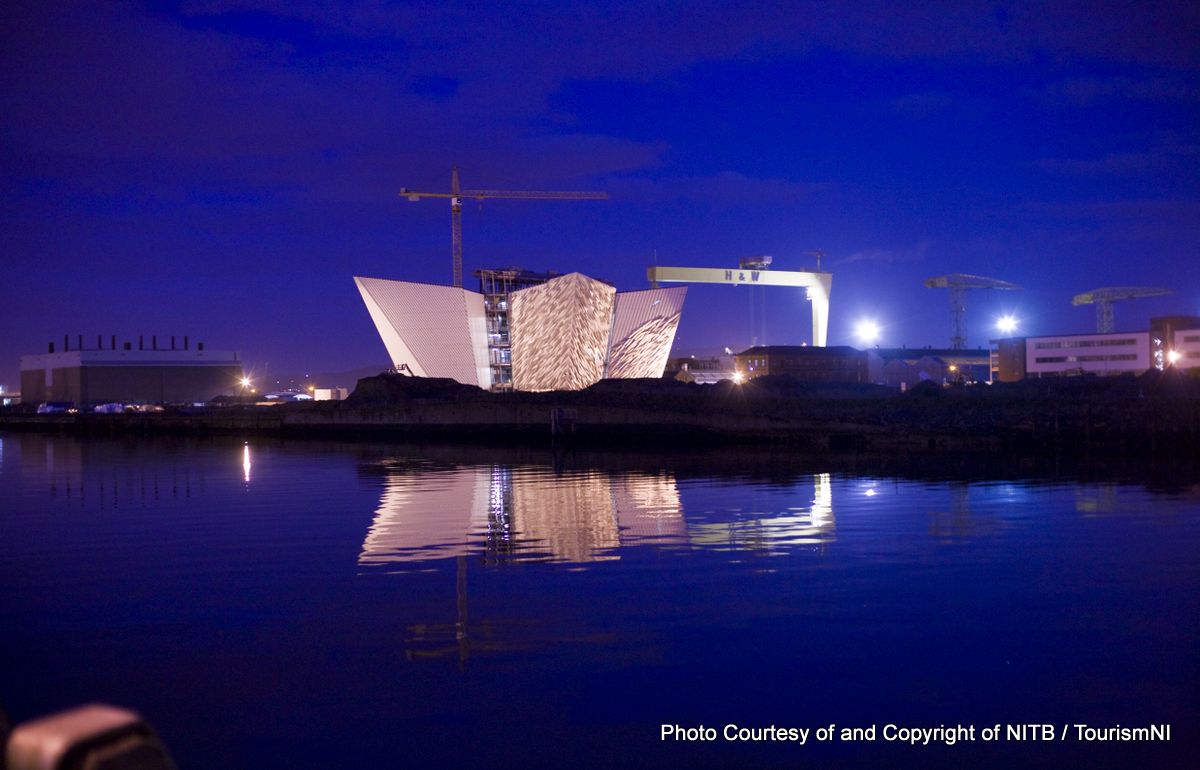 Discover Belfast through its four quarters :

1  Titanic Quarter – Birthplace of Titanic
The Titanic Quarter is a short walk from the City Centre and an ideal place to catch good panoramic views of the city. Look up into Belfast Cave Hill and check out the outline of the sleeping giant or as the locals call it, ‘Napoleon's Nose', also said to be Swift's inspiration for Gullivers Travels.

Visit the world's largest Titanic Visitor Experience and follow the story of the build of the Titanic. The locals will remind you that “she was all right when she left here!”

Stroll on from the docks and away on “Down Cyprus Avenue”,  Van Morrison ‘s birthplace. Carry on around the corner and you'll discover the C S Lewis Narnia Square (close to the author's birthplace).

2   Queen's Quarter – University. Botanic Gardens and Ulster Museum
Step inside the 19th century Lanyon Building at Queens University and follow in the footsteps of alumni and Nobel winner Seamus Heaney . Next door are the small but relaxing Botanic Gardens. Meet the Egyptian mummy and spot the dinosaurs in the extensive modern Ulster Museum also here in the gardens.

3   Cathedral Quarter – Old Belfast
This is a lively spot day and night with old cobbled streets leading to quirky pubs, cafes, music and restaurants. Pick up a bottle of Irish Whiskey in The Friend at Hand off licence and mini-museum . Not an easy decision as there are over 300 whiskies to choose from! All sitting in the shadow of St Annes Anglican Cathedral .

4   Gaeltacht Quarter – Murals, linen and history of “The Troubles”
In the Gaeltacht Quarter you'll find Wall Murals, Peace Walls, Linen, folklore and culture, all highlighting the story of “The Troubles” in Belfast. Discover how two communities live in streets parallel to each other, yet streets apart in identity. Follow the murals of both communities, memorial gardens, language and lifestyle. 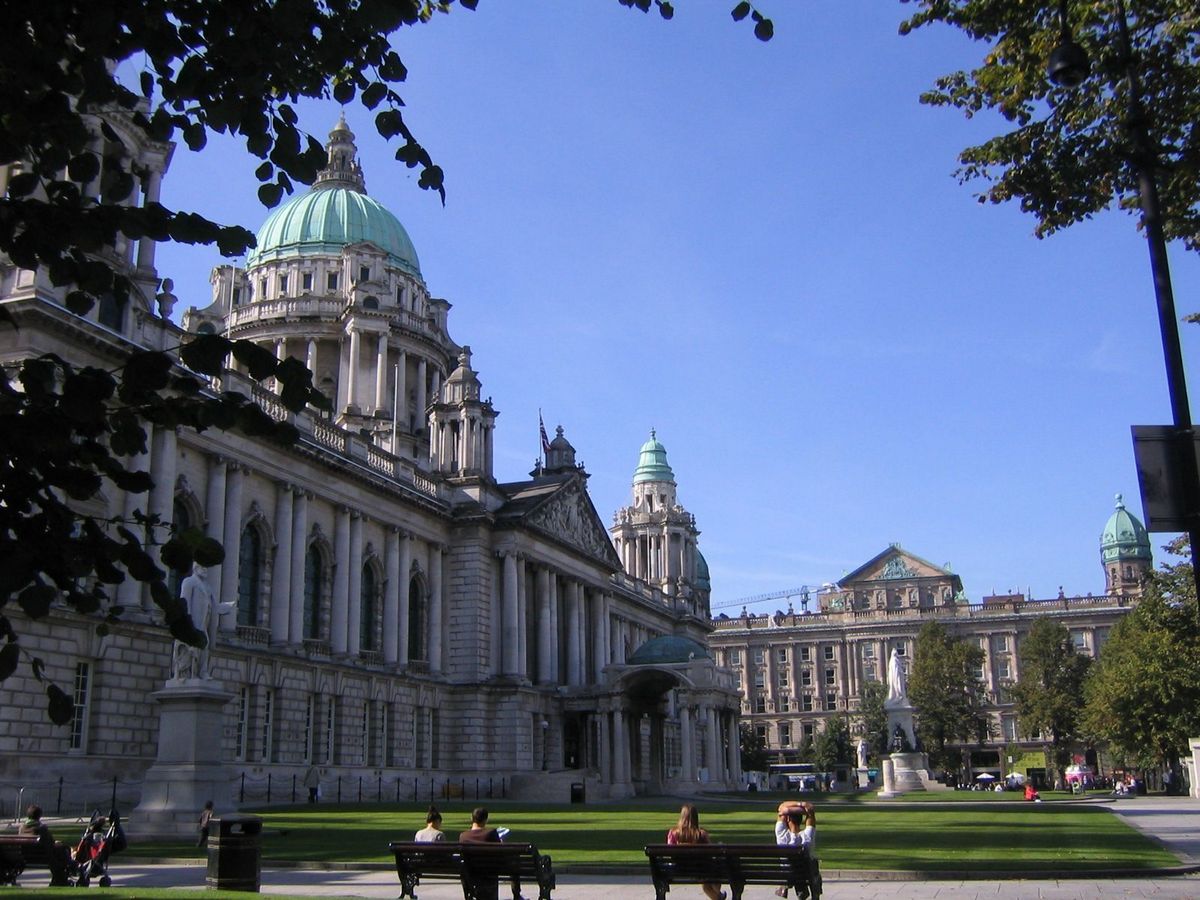 City Hall
When you find City Hall you know that you are in the very centre of Belfast. You can't miss it – a great big Victorian sprawl of Portland Stone with an impressive green copper dome on top. Who should be standing there outside the door but Queen Victoria herself! Wander into the grounds of the City Hall to shake hands with the good and the great – all set in stone today – people who shaped the only industrialised City in Ireland.

North Antrim Coast
Having covered the history and culture of Belfast it's time to clear your head and travel out into the wide open countryside. If you enjoy living on the edge then a trip along the Antrim Coast to Giant's Causeway will certainly blow you away. Don't forget to travel inland and count the sheep in the Glens of Antrim . Chance a shot or two of Bushmills whiskey (preferably after you have walked the Rope Bridge!) 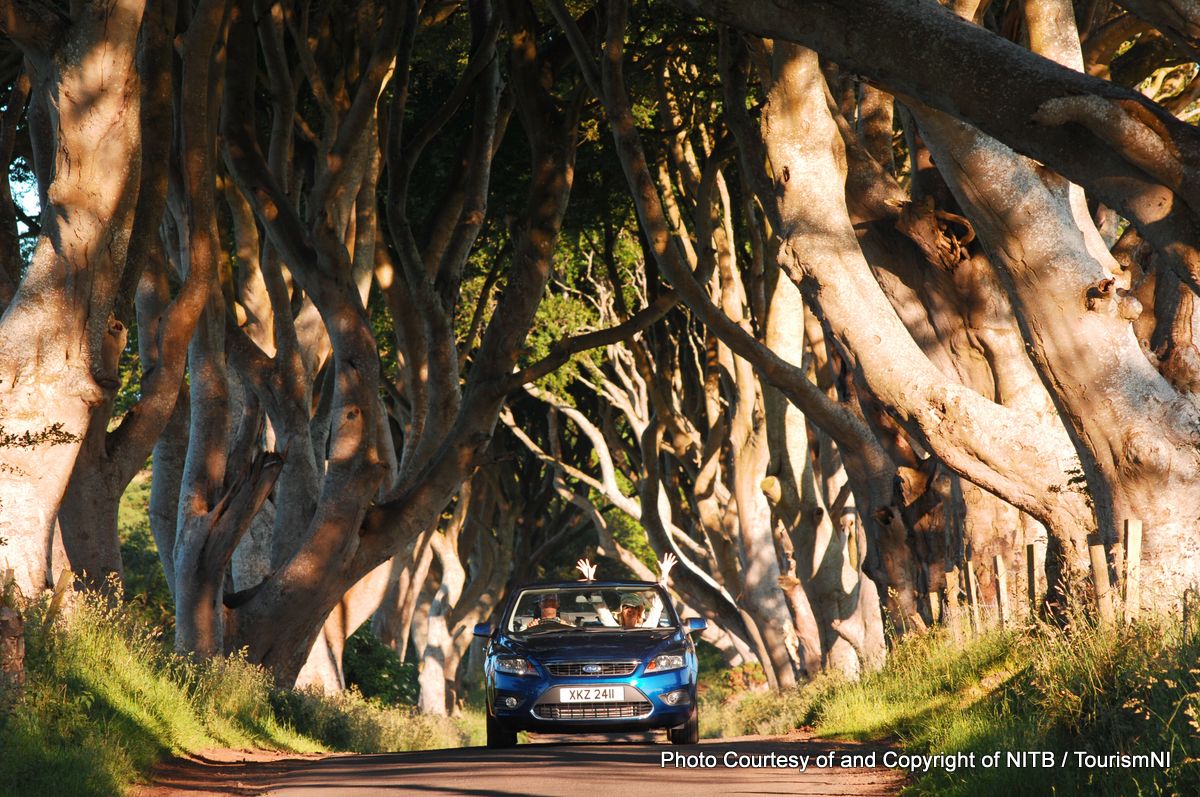 Check out the Game of Thrones Dark Hedges before dark. You might have to rest a while in the area as there is so much to see, especially if you are a Game of Thrones fan. Why not stop in a B & B for the night? Careful though – the people of the Glens have a very strong lilt to their accent!

Game of Thrones, The Dark Hedges

You are out of time and you have only just left Belfast! That's what we do to you. We show you how to relax, taste excellent award-winning local food and drinks in the company of friendly people who just want to make sure you enjoy yourself – and before you know it the day is yesterday. 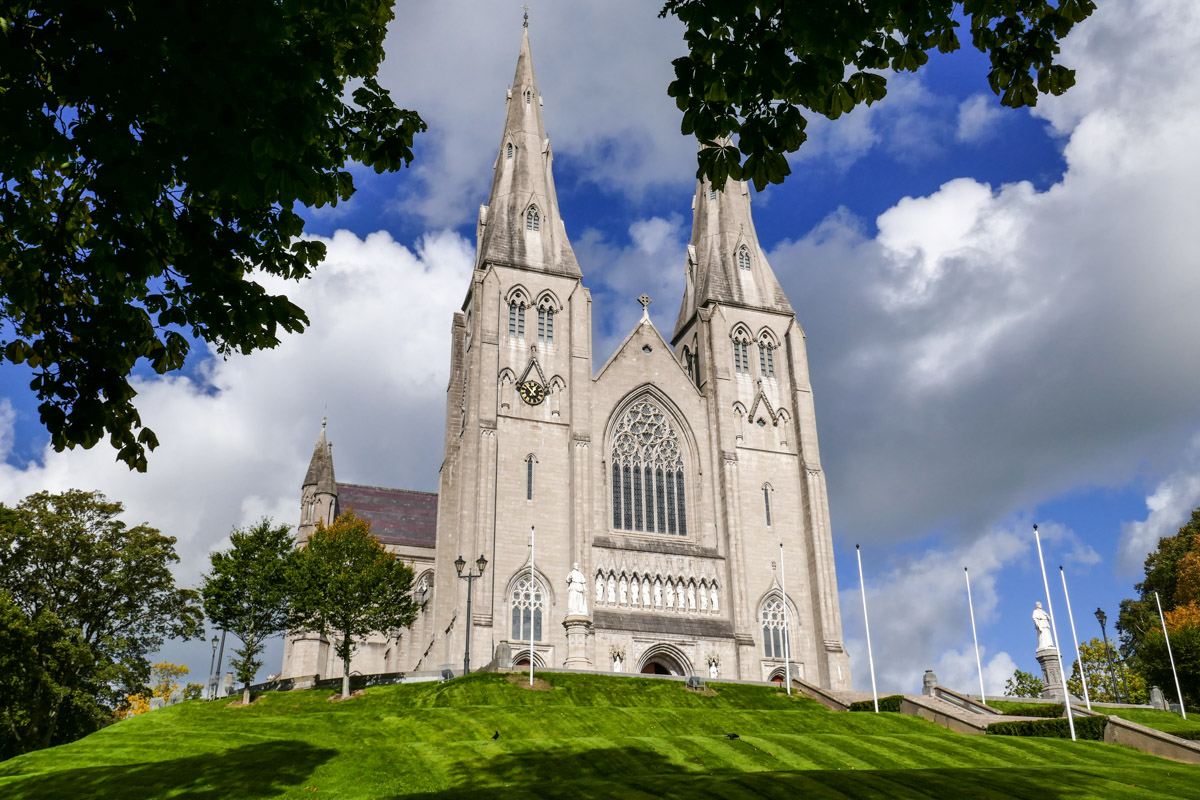 As a farmer's wife living on a working farm I would love to share more of my homeland with you. I recommend you travel deeper into the heart of Northern Ireland, around the shores of Lough Neagh and into the Orchard County where I live. Here in the rolling hills of County Armagh apple orchards are a large part of the landscape and you'll find a scattering of small villages that were all built around the 17th century Ulster Plantation.

Castles, manor houses and churches still stand around the area, all in the shadow of the ancient City of Armagh . Set on the hills of the City of Armagh we have two historical Cathedrals, both called Saint Patrick's. And sure, why not, since this is the very place Patrick ordained in the 5thC as the “centre for his church in Ireland”. And where else in Ireland would you want to celebrate Saint Patrick's Day but right here in Armagh!

So when are you dropping in to see Northern Ireland?”